View all jobs in Islamabad

If you are a student and looking for jobs in Park Army as captain then this is a great opportunity for you to join the Pakistan Army. The Pak Army advertised jobs by which you can be selected as a captain through a direct short Service Commission course. The eligibility criterion of the candidates is they should have a qualification of MA / MSc / BS four years education in the field of mathematics, physics, chemistry, English, political science, history, Islamic studies, or Arabic / Geography or GIS from a university of repute.

Applicants having qualification of an MSc psychology are also eligible to apply for the Pakistan Army Jobs in all over Pakistan. The government jobs in Park Army were advertised in the national newspaper on the 12th of July 2020. By this, you can join Pakistan Army as a captain.

All you have to do is a short Service Commission course by which you will be appointed as captain in the park army. The appointment will be in November 2020 after the training period at PMA which will be of six months. After that, the candidates will be on board.

The candidates may apply for the pak army jobs in Islamabad, Lahore, Rawalpindi, and other areas of Pakistan Online on the website of the Pakistan Army which is www.joinpakarmy.gov.pk. Applicants should apply as soon as possible for Pakistan army jobs 2020 the vacancies and applications are all over Pakistan which will be filled very quickly. So, apply now to get the benefit of the captain jobs in the Pakistan Army. The last day to apply for the park army jobs as a captain is the 01st of August 2020.

Jobs is offered as Full_Time 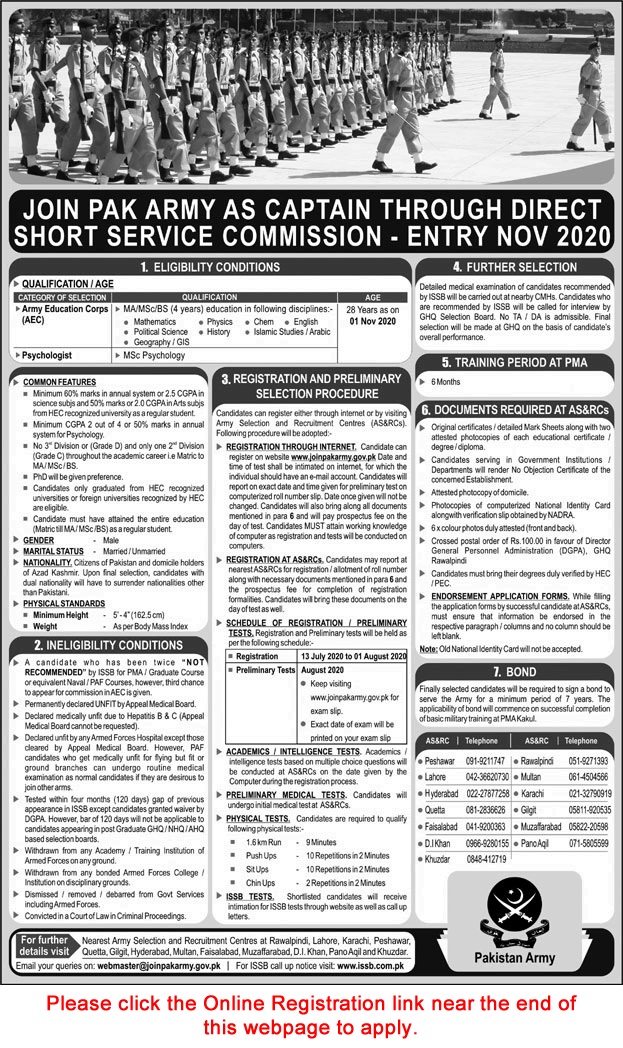